We were asked by the PCC of St Michael & All Angels’ Church to help draw their long wait for an on-site toilet to an end. They had raised a modest amount of funding for this most modest of projects and found a builder, working the other side of the church boundary wall, willing to lend a hand. So we designed a small, free-standing, outside wc on the boundary of the site, close to one of the churchyard side gates. It now stands on the site of a previous grave-diggers’ store, and was considered as an outbuilding of the type that might conceivably be built into the boundary wall of such a site.

Being in the grounds of a Listed church, careful design was important. We have used sympathetic materials in a crisp and modern way and after much discussion with the local Heritage officer, on paper and on site, designs were agreed and built. This littlest room serves not only the church in its multitude of guises but also the wider local village community, being located and fit for use when there’s a fair or summer fete on the nearby green.

So, no longer any need to keep the sermon short, vicar… 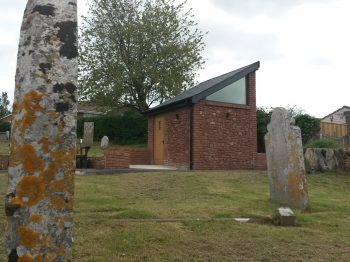 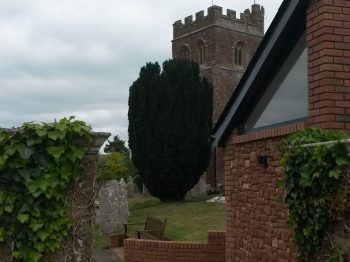 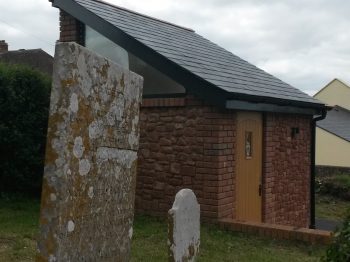 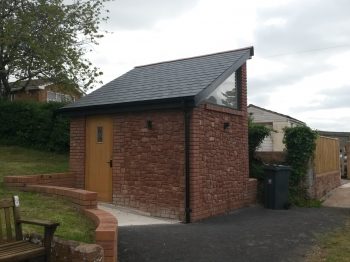